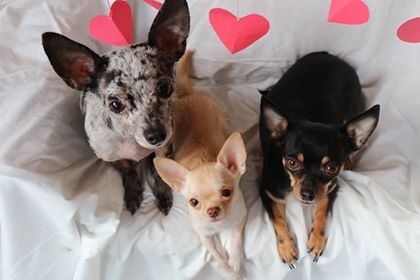 "If anybody is struggling with their dogs I highly recommend this lady (Sarah McMurdo from Paws Forward). I've used five different London dog trainers in London which ended up being slightly to not at all helpful. This girl knows her stuff, is super approachable and has her own well trained dogs to help yours if that's what you need. Since my one dog got hit by a car I've just never been able to help him past his fear based bad behaviour and after years of feeling isolated and him missing out I finally feel empowered to take on any situation with him" ~ Aria B
"Hi Sarah,

"Thank you for following up with us :) cash is doing so awesome and it has been such a big improvement from the first training lesson that we had with you. We can now have Cash sit in the kitchen when someone comes to the door, hes so quiet that my mom came over yesterday and had to ask where he was lol. We are so happy that the barking and lunging was able to resolved so quickly. Thanks again Sarah!"
"Just wanted to send along this quick email to you let you know how happy we are! Lumi and Pepper have had a drastic change and we are are so impressed with the small changes that made such a huge difference for us. We feel so much better bringing Levi home now that we have everyone under better control. We even walked by 2 cats yesterday and there was NO reaction from either of the boys! Thank you so much."
"We had initially contacted Sarah to help us with 3 concerns, walking, jumping up and coming when called.

We had 3 one on one appointments with Sarah for our rottie puppy Rodney at approx 1 1/2 yrs old ( Rodney will be 2 next week). These sessions changed our household and made life with a large puppy enjoyable and much more relaxed. Sarah was very confident and reassuring to Rodney and ourselves. She taught us the emergency recall on our first session & placing, to this day we still use both effectively. Placing helps with lots of behaviour modifications when he needs a little time out. We love it! Session 2 Sarah helped us with eliminating Rodney from jumping on guests at the door, invaluable session, Rodney has not jumped since. Sarah made time to discuss any of our concerns and provided helpful suggestions and great feedback. We looked forward to seeing her each session and Rodney did as well, he was always excited to see Sarah. Our last session Sarah helped me with walking Rodney as he was a puller previously, this has helped me immensely on our walks having him focus on our walk without all the distractions he would see before and his reaction to skateboards going by previously for the skateboarder was scary, he would lounge at them fast and hard with a bark. Sarah made him feel more comfortable and the skateboarder by putting him back in the situation in a safe surrounding until he became comfortable with the skateboarder, was incredible to watch the way she handles a large dog and has him feel comfortable in this situation which previously was a bit of a nightmare.

We were so happy with Sarah's sessions we have highly recommended her to others and received great feedback from them as well.

It was an absolute pleasure working with Sarah and life changing in our home with our large puppy whom now has great matters and is a pleasure to be around :)" 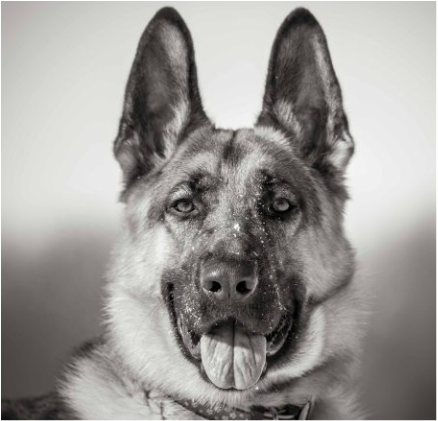 "Our dog King is a male German Shepard when we found Sarah to help us out with training him we were at our wits end with King. He was almost a year old at the time, he had a sweet disposition but some very bad behaviour habits including biting, and pulling on the leash when I walked him and reacting to vehicles and pulling so hard he could pull me down, he would not listen to us and would also jump up at people and we were both afraid he would bite them.

It happened a couple of times where I was pulled to the ground by him when we were walking. King was not our first dog but he was the biggest challenge we had ever had, none of the training methods I had used on past dogs worked with him. He would bite so hard and so much that my husband and I had cuts all over our arms and hands. He never seemed to bite in anger we were just big chew toys to him.

Sarah’s effect on King was almost immediate she has a wonderful rapport with dogs and right from the start when King met her she was in control. Sarah got him to listen and he started improving from day 1. Most importantly Sarah not only got King to exhibit the behaviours we wanted she also trained us how to work with him to keep seeing improvement.

As a direct result of Sarah’s training King is now a joy to walk and I don’t have to worry about him lunging at cars or other people if we pass them, his biting has completely stopped, he is sociable with other animals and dogs which is important because we have a farm with cattle.
King has become a well behaved dog we could take places and enjoy him with confidence. Sarah’s job was as much training King as it was us and we are so grateful for her." ~ Kelly and Bruce
"A wonderfully balanced trainer, Sarah is both passionate and professional in every way. Highly recommended!"
~ Jessica Maia Albee - Dog Trainer and Owner of J-Force Obedience 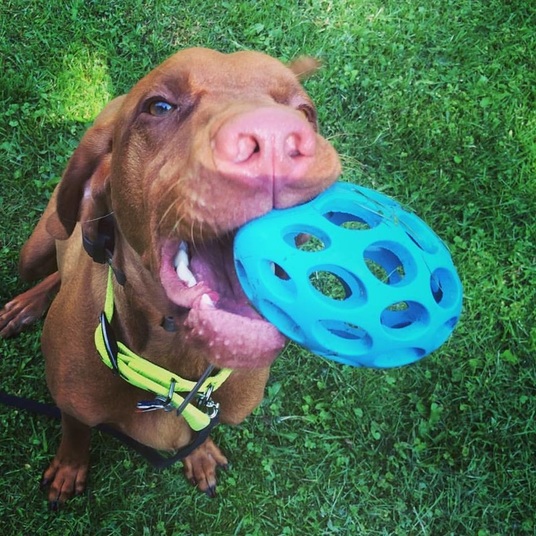 "I wanted to send you a quick update. Rusty is doing amazing.

We were able to go to Kris' parents where there were our young nieces and lots going on. Having Rusty in place made sure he could relax during all the chaos. We were able to have him off leash in the backyard. My in laws have amazing gardens and once Rusty knew where he was not allowed to go he did not give any of the gardens a second look. In the house he was so well mannered he even got invited up on the furniture to lay down with my mother in law.

He made the trip to my parents house. They have no fences but it was no problem. He was with us and for the most part listened without correction. When there was another dog off leash it took a 24 to bring him back. My parents have never let Rusty on the furniture but because he was so calm they had no problem inviting him up to lay with them. They have not seen him for many months and could not get over the change.

Each day we go for a walk. It takes a short time for him to settle into heel without a correction (walking out ahead of me) but he eventually gets it and we can walk for an hour or more. Rabbits, squirrels, cats and other dogs still cause him to pull on the leash. I say leave it and correct as needed.


He and I are communicating well. He even behaves for me to trim his nails so we are working on getting them shorter.

All in all you did an amazing job. I am excited to see what the next few weeks bring and then the next and the next.....

We move July 29th and I am glad he will have a large yard. That means plenty of room to work off leash."